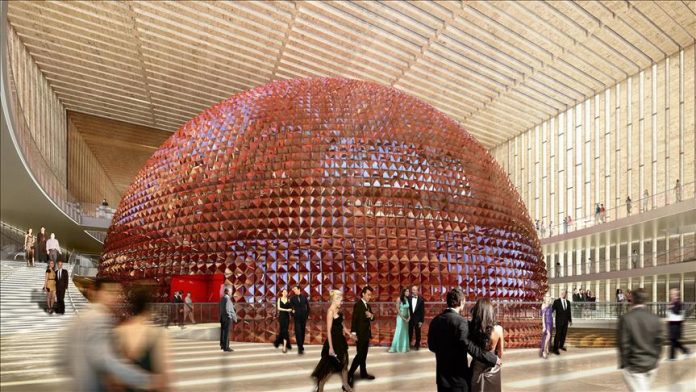 An iconic cultural center in Istanbul’s teeming Taksim Square will be rebuilt anew as an opera house, scheduled to open in the first quarter of 2019, Turkish President Recep Tayyip Erdogan announced on Monday.

Speaking at Halic Congress Center to introduce the project, Erdogan said the new Ataturk Cultural Center, known by its Turkish initials AKM, would be a “symbolic” site of Istanbul.

Expressing regret over delays in beginning construction of the new AKM building, he said: “Turkey is able today to get to business that needed to be done 10 years ago.”

Erdogan drew a parallel between those who try to prevent Turkey’s fight against terror organizations and those who are against the rebuilding of Ataturk Cultural Center, saying they were “the same”.

He also said that those who would go to the new Ataturk Cultural Center the most were those who have tried to sabotage the rebuilding project for years.

Referring to campaigns conducted against the rebuilding of the center, he said: “We know very well that the resistance to the rebuilding of this structure despite scientific data stems from ideological obsessions, not cultural artistic sensitivity.”

The president also said the project would be carried out by Murat Tabanlioglu, the son of one of the building’s first architects, Hayati Tabanlioglu.

This shows “we take strength from history”, Erdogan added.

The Ataturk Cultural Center, which was first designed as a theater building by French architect Auguste Perret, was built in 1946.

The building was destroyed when a fire broke out during a play in 1970. It was reopened in 1977.

Turkey registered the center as an “urban protected area” in 1993. It was declared a protected cultural landmark in 1999.

In 2007, a report from Turkey’s Sakarya University stipulated that the building needed to be renovated.

Plans for a reconstruction were eventually scrapped due to a Turkish court decision. The tender for the reconstruction, which had been issued by the Culture Ministry, was then halted in 2013.

The new cultural center will boast the capacity to welcome 2,500 people. Moreover, giant screens will display shows outside the building, according to Erdogan.

Erdogan also announced that Taksim Square would become entirely pedestrian, which would stop traffic from reaching the Ataturk Cultural Center. 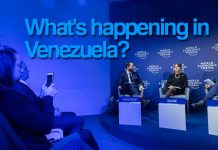